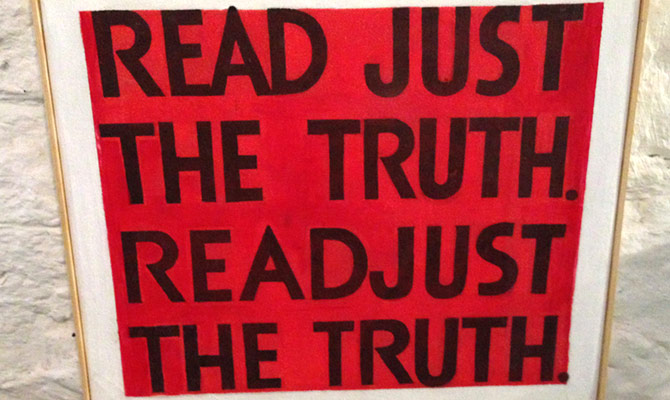 Kenmore’s Poppin is pleased to present

In 1984, Robert Petrick stenciled two designs on walls along Avenue B. Capturing the zeitgeist of the time, EXIST / EXIT and NOWHERE / NOW HERE were photographed and featured in Vogue magazine. To them, the images exemplified graffiti as art rather than graffiti as vandalism, a concept that was gaining international attention after the release of Charlie Ahearn’s Wild Style and a number of hit songs and music videos.

Back in the studio, Petrick has continued to work with this spirit in two important series, which draw a link between the street culture of the East Village, where he has lived since 1983, and the power of language, which he has worked with his entire life.

His Word Paintings examine language in its purest written form. When they are painted on the streets, they represent a democratic type of communication. On canvas, they provide a space for more intimate reflection on the marks that increasingly define our world and interactions.

In his Graffiti Painting series, Petrick manipulates the semiotics of graffiti writing, stretching and compressing both letters and meaning into asemic shapes. In the aggregation of symbols, piled and stacked on top of each other within the confines of the canvas, one can read the density of the city, a multitude of voices in a confined urban environment. They are not the ordered squiggles of the Keith Haring / LA2 collaborations; in these works, the raw gestures of written communication are compressed into a chaotic yet elegant jigsaw, flattened of both time and space.

In both series, a concrete interpretation is carried through the transformation but is also altered and rendered ambiguous. These are acts of aggression against order and conformity, reclaiming a landscape made hostile by city planners and the swagger of corporations, advertising firms and domineering architecture, which begs the question: are these simply works art, or do they hint at linguistic warfare?

Want to join the discussion?
Feel free to contribute! 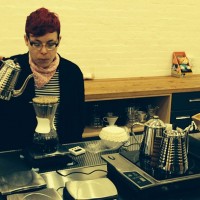